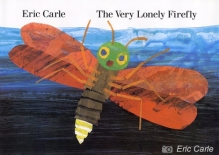 From Jay, a software engineer in Bangalore:

Recently I was startled to find a lonely firefly wandering around my Bangalore apartment. My children had never seen a firefly! But I grew up in a town called Payangadi in Kerala, South India. In the 1980’s electricity was scarce and most nights we had no power. In my memory there used to be trees so brilliantly lit up with fireflies, they looked like Christmas trees. Mostly these fireflies appeared just after the rains, when the leaves were still moist. I’d sit and watch them through the window for hours.