Each autumn the world seems aglow with foliage and jack-o-lanterns. But they’re not the only  glowing things lighting up this season. Fall is also a great time to spot the crawling, glow-in-the-dark stage that all juvenile fireflies pass through.

Hatched from eggs laid during summer months, these firefly larvae can now be seen crawling along  roadsides or wooded paths, glowing dimly from two tiny lanterns.    Photuris and Pyractomena larvae are the two types seen most often in the U.S. But one reader in Portland, Oregon even spotted  the much rarer Douglas fir glow-worm, Pterotus, along a path in Mt. Tabor Park. 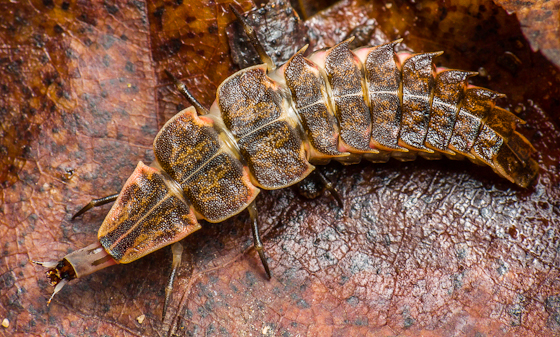 People often find these firefly larvae while they’re out walking their dogs at night, especially after rain. One night last fall I was strolling slowly around the yard with my elderly dog when I came across dozens of Photuris larvae, glowing like constellations sprinkled across the grass.  But you don’t need a dog to step outside at night! Search for glow-worms in dark, damp places or on moonless nights; be sure to let your eyes get fully dark-adapted  (a red flashlight will help with this), as their glows are fairly dim.